Victory Of Lexprof In The Supreme Court Of The Russian Federation 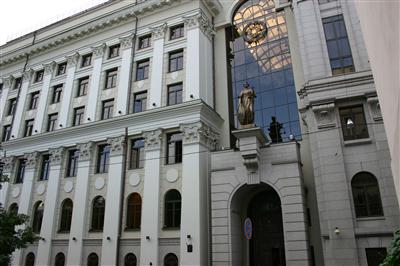 120 million roubles could appear in the current claims of the debtor company on the basis of artificially created debt. In the Supreme Court of the Russian Federation lawyers of LexProf Law Firm successfully appealed judicial acts of courts of first instance, appeal and cassation in which the courts refused to invalidate Debtor's 4 surety agreements

In this procedure, LexProf protected the interests of the creditor who has the chance to get satisfied only at the cost of the bankruptcy assets. After reviewing the court proceedings of the Debtor, we found that after the initiation of bankruptcy proceedings by the court, our Debtor had entered into four surety agreements guaranteed the fulfillment of obligations of other legal entities for Bank loan repayments in a total amount of more than 120 million roubles (80, 10, 15 and 17.7 million roubles). Everything looked pretty decent: there was a group of three associated companies and the Bank gave two loans to each of two of them and concluded a surety agreement with the third company to secure loans of the two other companies.

And there would be no doubt of a good faith behavior of the entire group of companies apart from one circumstance: by the time of issuance of the first loan (80 million roubles) the Bank had not taken any surety and had issued an almost unsecured loan. And only seven months later the Bank suddenly entered into a surety agreement with that company of the group in respect of which even at the moment of issuance of 80 million loan the arbitration court had already been considering a bankruptcy petition. The Bank could not want to issue the loan because by the time of the signing of the surety agreement (in 7 months!) the loan had not only been issued but had been spent on things other than the needs of the sponsor.

The Bank imposed by law to verify the financial state of both the borrower and the surety could not but realise that at the time of a conclusion of the surety agreement the surety did not have sufficient funds for settlement with creditors, the arbitration court considered the bankruptcy petition, and all the creditors lined up for the amount of more than 150 million roubles.

Moreover, a month before the conclusion of the surety agreement, the Bank received the arbitration court decision that interim measures were granted towards the future surety and its bank accounts were restrained. And, at the same time, there was the other company of the group in respect of which at the time of the conclusion of the surety agreement there were no bankruptcy petitions!

Despite all those facts, the Bank entered into the loan agreement with the company in the pre-bankruptcy state. Therefore, the purpose of the conclusion of that agreement could not be the security for the loan repayment.

The Judicial Chamber on Economic Disputes of the Supreme Court of the Russian Federation agreed with the arguments of LexProf's lawyers that the totality of the circumstances confirmed that the purpose of that agreement conclusion was to get priority over the other creditors the company-surety had at that moment. By signing the surety agreement after the initiation of the surety bankruptcy proceedings by the court, the Bank significantly knew that during the surety assets sale its claims would be reliably considered as current claims and, therefore, would be satisfied in priority to all the registered creditors.

Having a full information about the surety assets (the Bank was entitled and obliged to request it under the law) and the creditors' debt amount (details were available from open sources as well), the Bank knew that the assets were not enough to settle all the debts. Nevertheless, the Bank knowingly violated the other creditors' rights. Because those actions were contrary to the provisions of paragraph 1 of Article 61.3 of the Bankruptcy Law, that agreement was recognized as invalid by the Judicial Chamber on Economic Disputes of the Supreme Court of the Russian Federation.

After the conclusion of the surety agreement to secure the loan repayment of 80 million roubles, the Bank had issued three loans to two companies of the group (10, 15 and 17.7 million roubles) securing such loans by the surety agreements with the same surety, the company in the pre-bankruptcy state. After a while, the Bank had transferred the rights to all four loans to a limited liability company (that was wound up) that had transferred them to another limited liability company and, at the end of that chain, a creditor apparently unrelated with the Bank appeared. And, meanwhile, the Bank went into bankruptcy. On the Central Bank website, there was information about revealed numerous violations related to the assets withdrawal by the Bank before its licence revocation.

Two borrowers of the Bank were also involved in bankruptcy proceedings at that time. And successor of the Bank's loans in the amount more than 120 million roubles tried to get satisfaction of claims from the assets of the surety-bankrupt in first order of priority.

In the Supreme Court, we proved that the surety agreements made between the Bank and the company in the pre-bankruptcy state violated the rights of creditors of the company-surety. We established that the Bank entering into such agreement could not have the business purpose to secure the repayment of loans. We also proved that Bank issuing loans to the group of companies experiencing financial difficulties tried to secure its own interests at the cost of the property other creditors of the company-surety involved in the bankruptcy proceedings had the rights to.

LexProf's lawyers prevented the creation of artificial debt in the amount of more than 120 million roubles to be paid in priority order as a result.